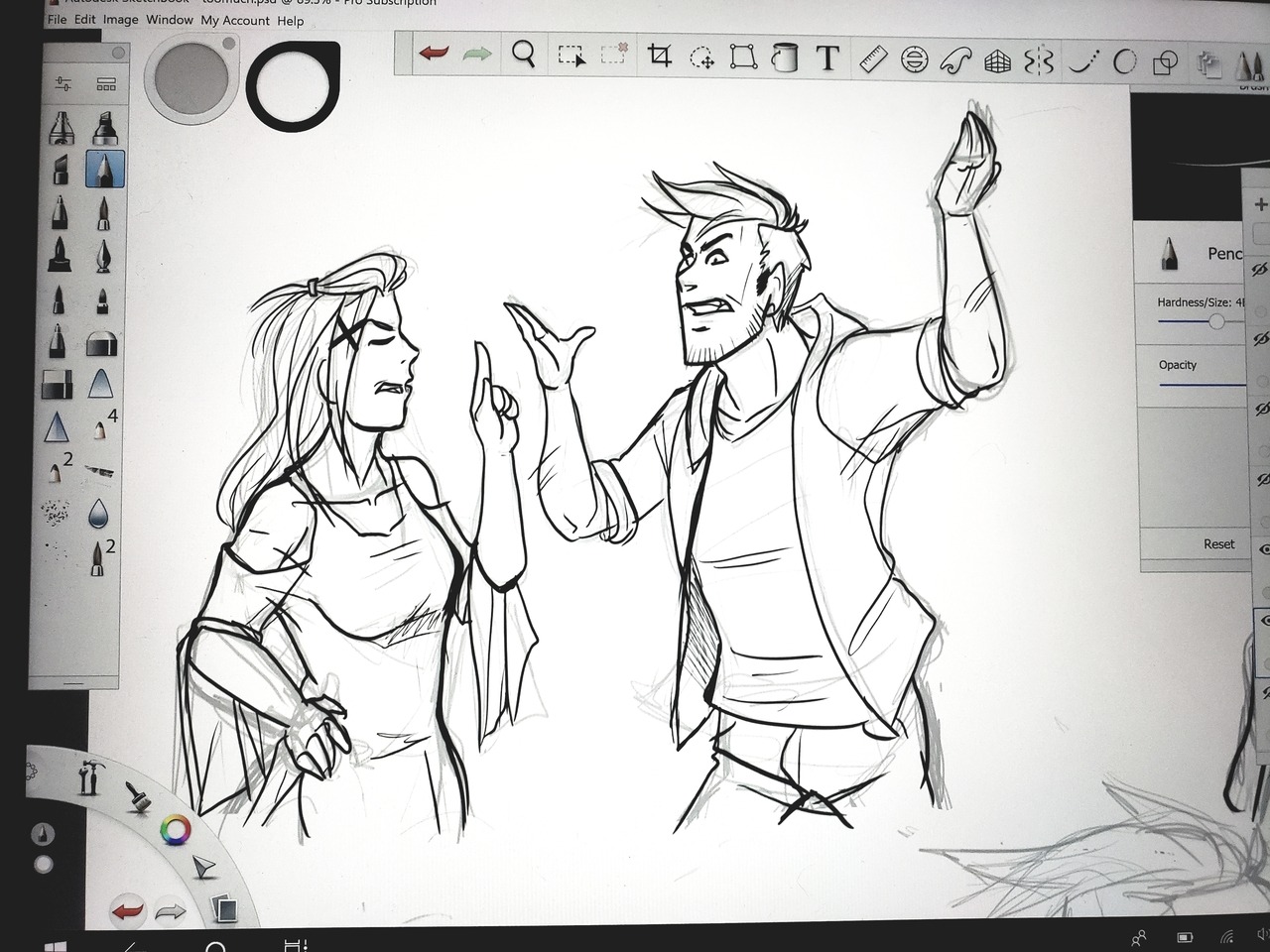 Getting there. Everything sketched at least!

Oops, this comic with Sam and Kit just took a completely different direction than planned, but I think it’ll be better this way? (Also I really really need to draw Kit more.)

If the routine is too much of an ask then…. Draw what Sam looks like when he first gets out of the bed in the morning.

Sorry, skipped inking for the sake of time! And hoping my shit handwriting is legible, lol.

It may not seem very exciting, but they had a pretty shit life for the longest time, so just being able to live normally with decent amount of comfort and security still feels like a luxury to him.

Describe your OCs in five gifs

(I thought this was fun, so here’s Sly!)

(ok, now I’m drawing stuff as long as the thunderstorms don’t make us hide in a basement.)

Sense we seem to know more about sly’s personal life then sam. From when he wakes up to when he goes to sleep. What is Sam’s daily routine in life?

Oooh, I like this and will definitely draw it but wanted to go ahead and address the not knowing as much about Sam.

That was completely intentional for a while, I purposely kept him mostly under wraps for a long time for the sake of the comic plot. Buuuut as I have no idea when I’m actually going to be drawing/updating that on a consistent basis I gave up that idea and decided to unleash him on the world.

Most the little comics I’m doing now are slightly au/after the fact of the main story line which is quite a bit darker and generally.. not happy. Especially when it comes to Sam. :X