Hi, maybe this is a tough one. Minerva, my warlock, is heartbroken with Cayde’s death since She was in love with him. Her fireteam, Stella-5 (Hunter) and Astrea (Titan) tried to comfort her, but they don’t know how to do It. How Echo and Gideon deal with it and how they supported Killy?

Oof, that is a tough one, and honestly my crew is probably not a good example of how to handle it. XD; Killy was so angry and conflicted over everything, he wouldn’t even -let- them try. He shut out pretty much everyone but Stoom, effed off to the Dreaming City and threw himself into missions, patrols, anything there to distract himself. He’d only come back to the Tower at Stoom’s insistence- she stayed close to prevent him from self-destructing but otherwise let him grieve how he wanted.

Gideon and Echo could barely get two words out of him, which is why they finally just started tailing him so they could be there if he needed them. Really, if Pharri hadn’t announced herself he likely would have remained an extremely angry hermit for a very long time. ^^; Most guardians seem to have been dead many centuries before they rezzed, but I couldn’t stop thinking about the ones that probably exist that -haven’t- been dead all that long. That in those cases, it’d be highly probable that there would still be family or friends alive somewhere. (Especially considering how l o n g people live in Destiny!)  It’d be highly *improbable* that they’d ever actually meet, but my comic so I can be as self-indulgent as I want. :3

(I also like the idea that the facial markings signify some sort of familial relationship.)

(I was dancing in the top of the tree but then realized I can get in top of the banner! Also I need a better way to get videos to my phone that don’t involve me needing a usb stick or whatever.) 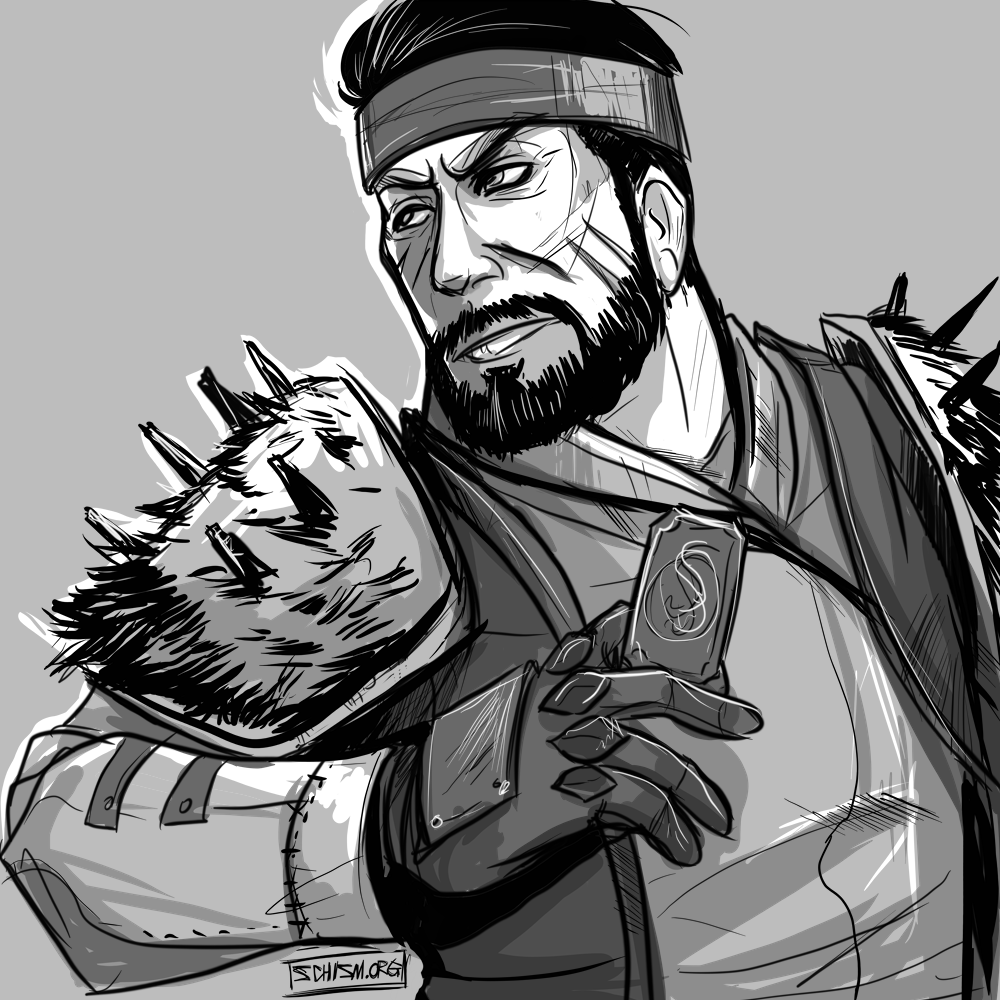 Shaxx, Saladin and Drifter: The Holy Trinity of competitive Fur Bros. (And dang, inktober’s been great for teaching me fur sketch shorthand lol.)