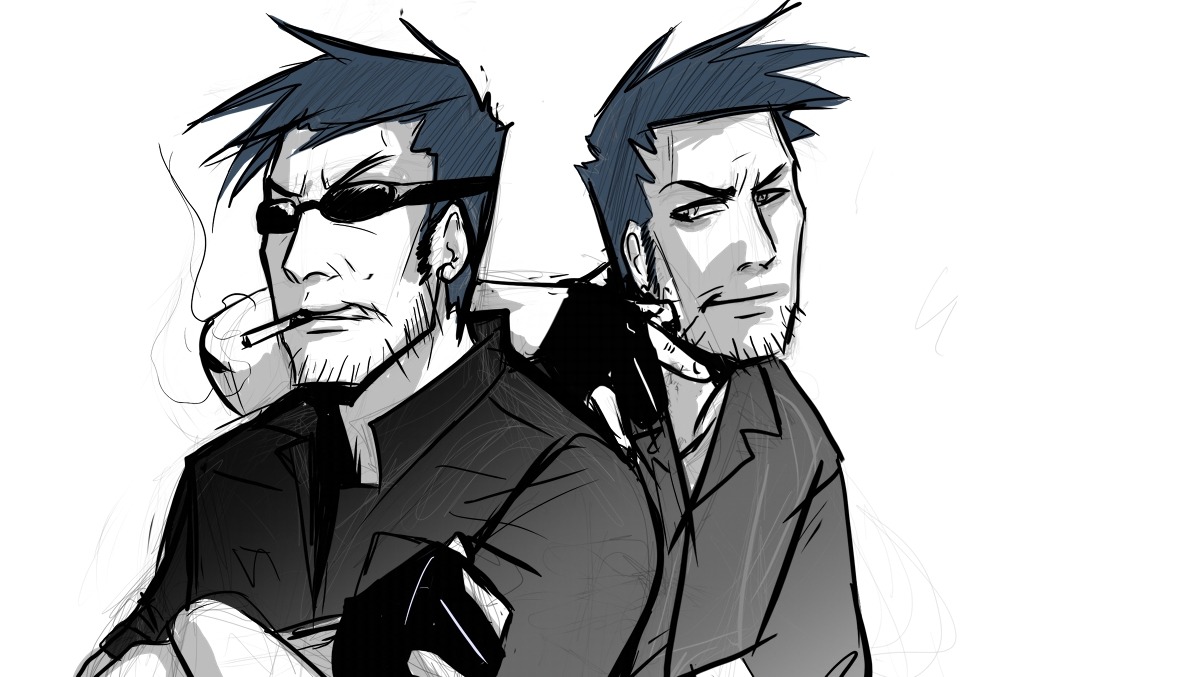 4: Would your OC want to involve themselves in humanitarian work ? If yes, then for what? If not, then why not?

Probably not. He tends to be a loner, and isn’t really all that comfortable around people, particularly large groups. Which isn’t to say he doesn’t  have issues he cares about (he does)  he just doesn’t see himself in any capacity to do anything about it. Thoooough if someone close pushed him enough to get involved he’d begrudgingly help. (And secretly feel good about it.)

7: Does your OC have any irrational phobias?

Oh fuck yes. Many. (Further explained below.) The main one being a phobia with eye contact. Hates it. Will avoid looking anyone in the eye and do whatever he can to prevent it. Hence the shaded goggles. They help him feel more comfortable looking in a person’s general direction and almost never come off. And will have a possibly major meltdown if they should be removed.

17: Does your OC suffer from any mental health issues?

Sly is schizophrenic. It began showing up at 15-16, and until he was about 20-23, the delusions, paranoia and voices left him a severe shut-in and incapable of functioning in day-to-day life.  His brother however stuck with him and did everything possible to get him help and after many treatment plans, medications and therapy, Sly is now mostly functional and aware of his disorder. He’s fine living on his own and the most severe symptoms are  under control though there are many minor quirks that he still, and probably always will struggle with. (Ie, see #7 and social interaction.)