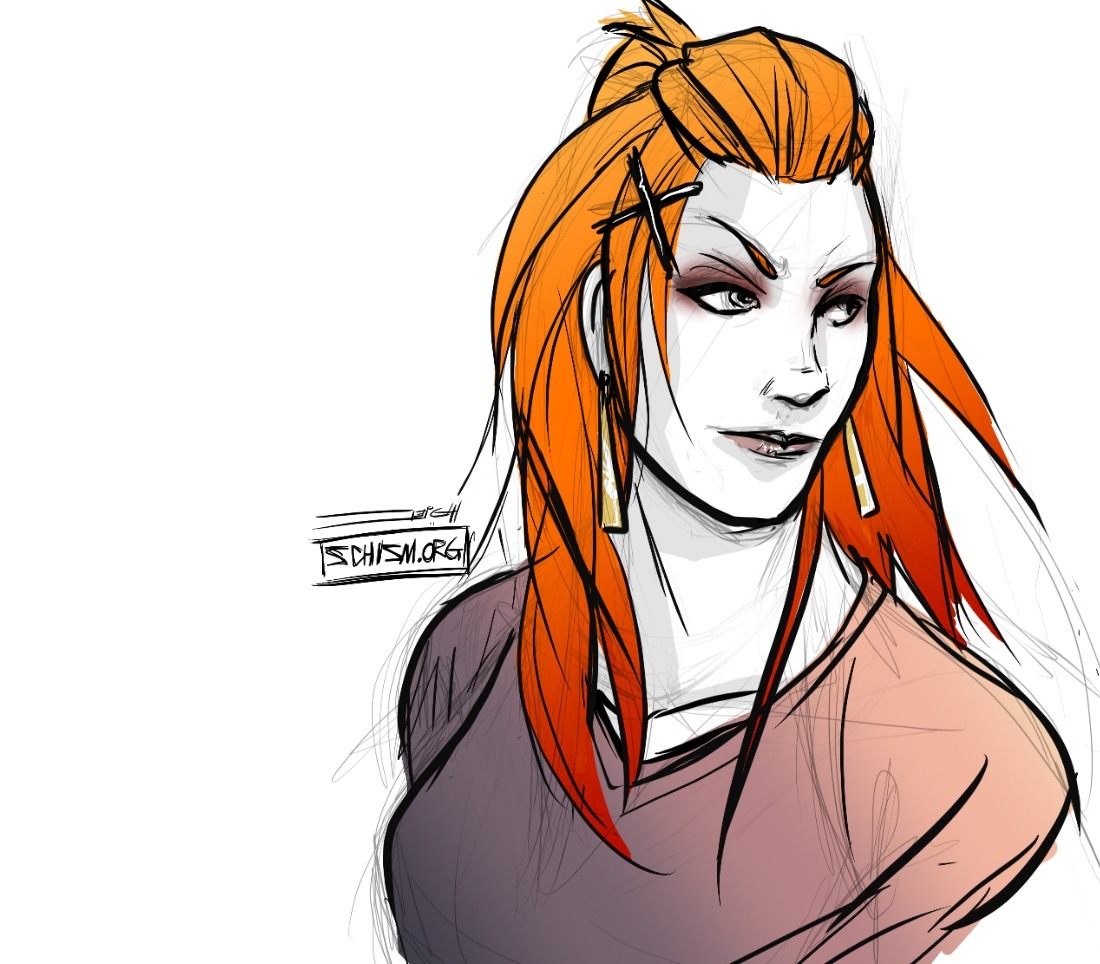 1: What’s your OC’s biggest insecurity and how would they react if someone pointed it out to them?

Hmmm. This one is tough. Probably the fact that she doesn’t feel like she’s found her own place in the world. After the Schism virus hit, it closed off a lot of opportunities she was interested in pursuing, and after Jericho’s accident, she was mostly concerned with keeping him safe. If someone calls her on it, she’d just blow it off and act as if it doesn’t matter in the slightest.

10: Does your OC guard their emotions by being tough? If not how would they?

She does. She’s generally a bit brash and very confident, but she’s also a skeptic and does not let people close to her easily. So part of that brashness is to keep others at an arm’s length, and part of it is she just doesn’t give a fuck if she comes off too strong for people. Once you’re someone she finds worth her time though, she mellows out quite a bit.

30: What makes your OC defensive quickest?

Pick on Jericho. She is highly protective of her little brother- she worries his trusting, easy going nature will get him taken advantage of. (Note that they are not twins in the reboot, just FYI.) Mess with him (or any other person she’s close with) and she’ll go on a warpath for you without a second thought.

Tags: except her mane is going to be the death of memy ocsomg can't draw her consistently at allsend halpthink this hairstyle is a winner