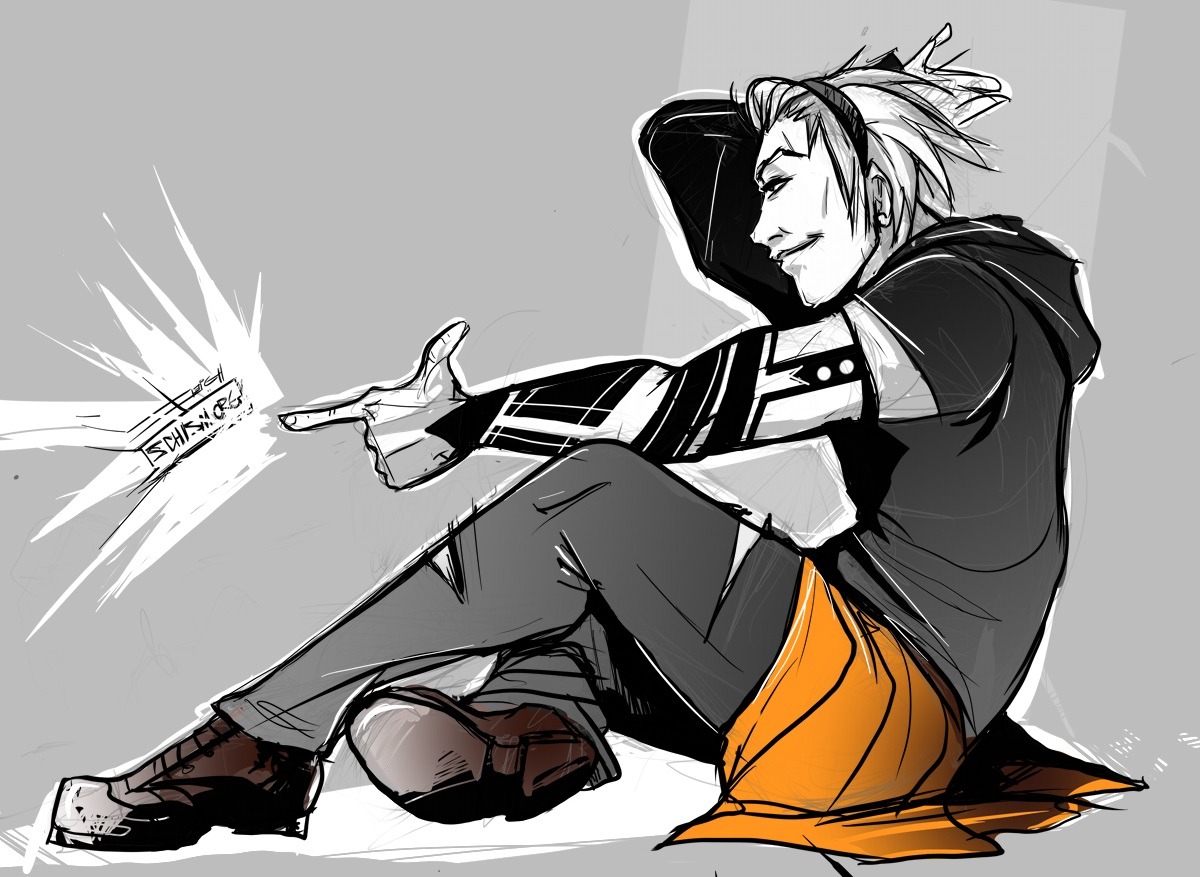 This took way longer than it should have. I actually had to restrain myself a lot cause sometimes less is more. BUT! Since Truant has insisted on making himself present again, let’s have some fun facts about this brat! (I adjusted his hairstyle some here.)

1. Aside from Schism, I had some other comic story lines, most of which never got off the ground. He was going to be in every single one in some way, some bigger roles than others, usually a different age for each different story. He would have occasionally referenced characters/events from outside the story he was in.

2. He is wearing a skirt here. They make him feel pretty. And he really really likes feeling pretty. He’s a tiny bit vain. To put it lightly. Makeup on occasion too.

3. His tattoo sleeve is going to be the death of me.  He got it at 14 by using his excellent persuasion and forgery skills and also taking advantage of a huge growth spurt which made him look older than he was. (His mother was furious.)

4. Stunts like the one above are very typical for him, though they’re mostly harmless fun and not malicious. And he’s very good at not getting caught. If he does though, he can usually sweet talk his way out of it. He’d make an incredible con-artist if he was a little more selfish.

Perhaps more later, or feel free to ask him  anything lol.