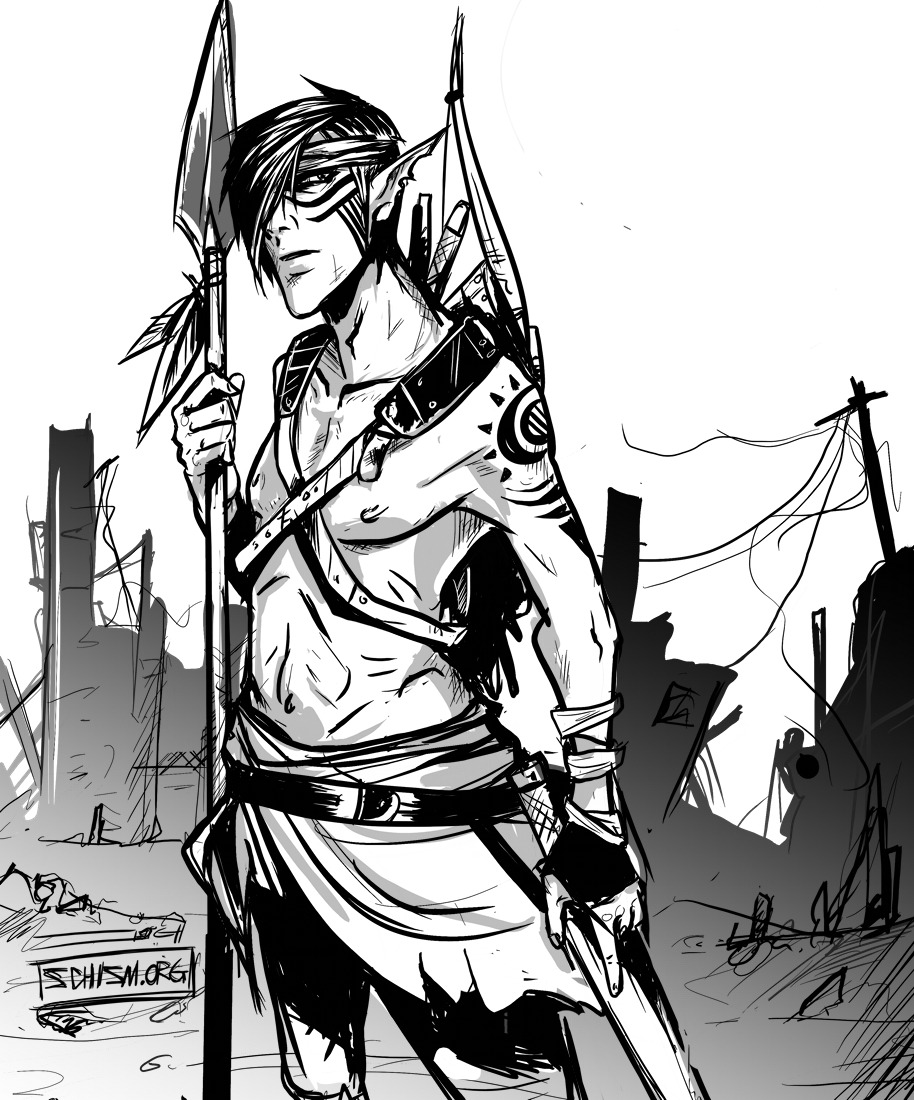 Day 3: Exiled elf
SO LISTEN! Someone adopt this boy. Roll him into a blanket burrito safe and warm in front of a cozy fire and stuff his skinny starving face with delicious food and lavish him with pets. Don’t take it personally when he bites you, he’s had a rough life. ;_;

(and now this little shit has a name and loose backstory and Inkotober is now officially about an exile, a survivor and a dog so I better learn to draw dogs. He’s Nikon btw.) XD;