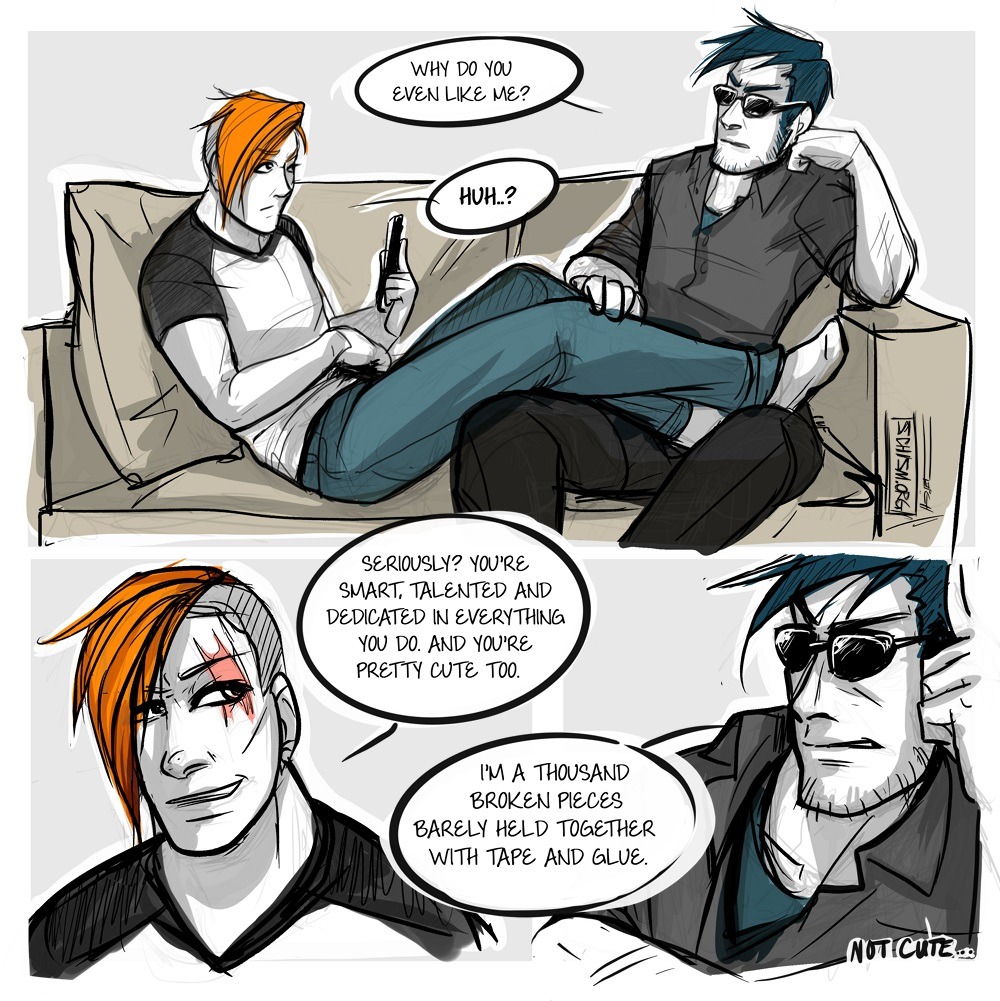 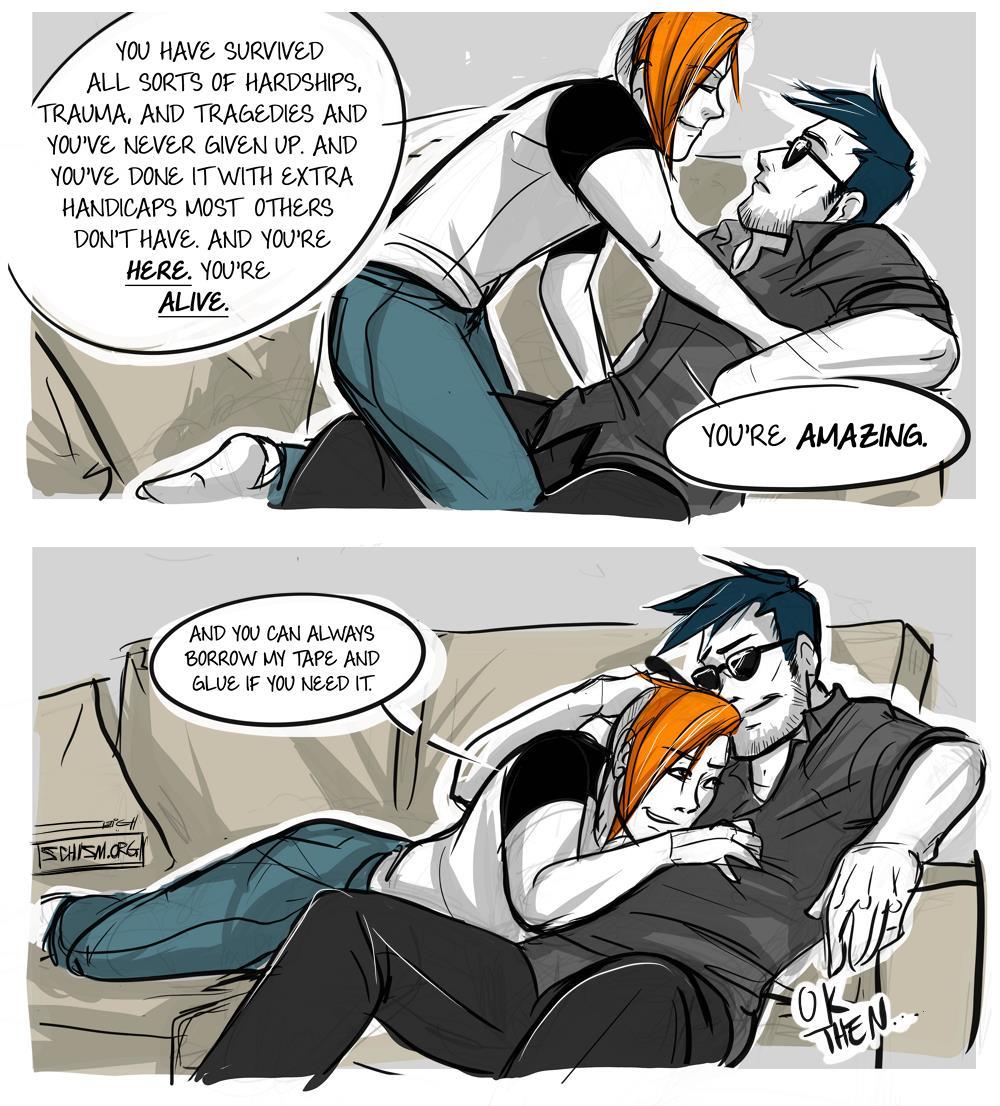 S: You are embarrassingly sappy.

Jericho with your pick-me-up for the day. A fluffier follow-up of sorts to this comic. You’re wrecking his stoic tough guy act, man.

Edit to add some things on a more serious note. TW for suicide mentions. Read below:

1 in 10 schizophrenics succeed in committing suicide. They have a far higher rates for suicide attempts than the general population. This is a statistic I have personally have dealt with the aftermath of. While I’ve felt a little nervous about writing a schizophrenic character, I feel it’s important to do so. And I really hope this little comic might help a little bit for anyone else who feels like Sly does.