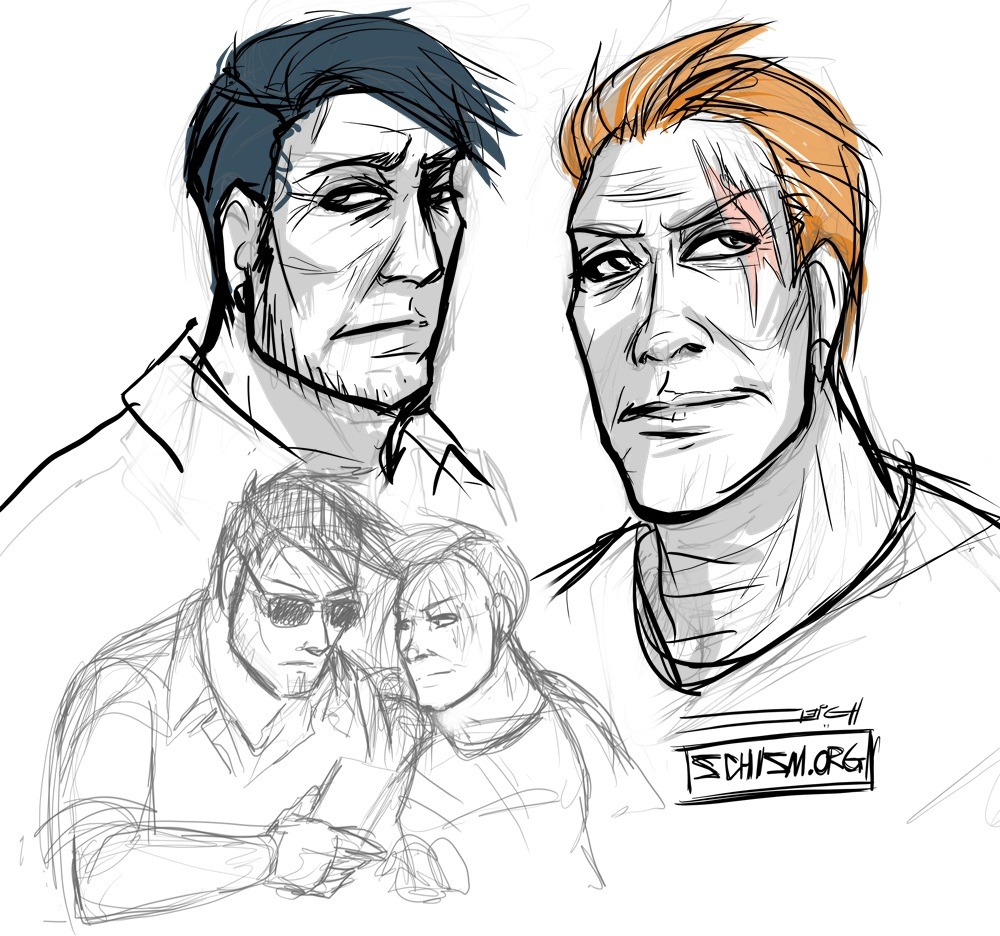 Jericho always ends up looking so damned young with his baby face, so I tried drawing him older and graying. Which meant I drew older Sly too, who ended up looking like Quay. x_x

My happy place is long after the Schism events, these two growing old together with a bunch of kids. Jer had to spend years slowly persuading Sly he’d be a good dad before adopting their first. Two years later, Sly catches an abandoned street rat kid trying to pickpocket him. Instead of punishing him, he takes him back home to Jericho and eventually becomes kid #2. 10 years and a bigger place later, there’s five permanent kids at home with a steady influx of young transients, runaways or abused strays routinely staying for periods of time because word’s gotten around that they’re a safe place for any kids needing someplace to go no questions asked. SID, Sly’s AI buddy has never been happier with all that chaos to manage.

And there’s your fluff for today!