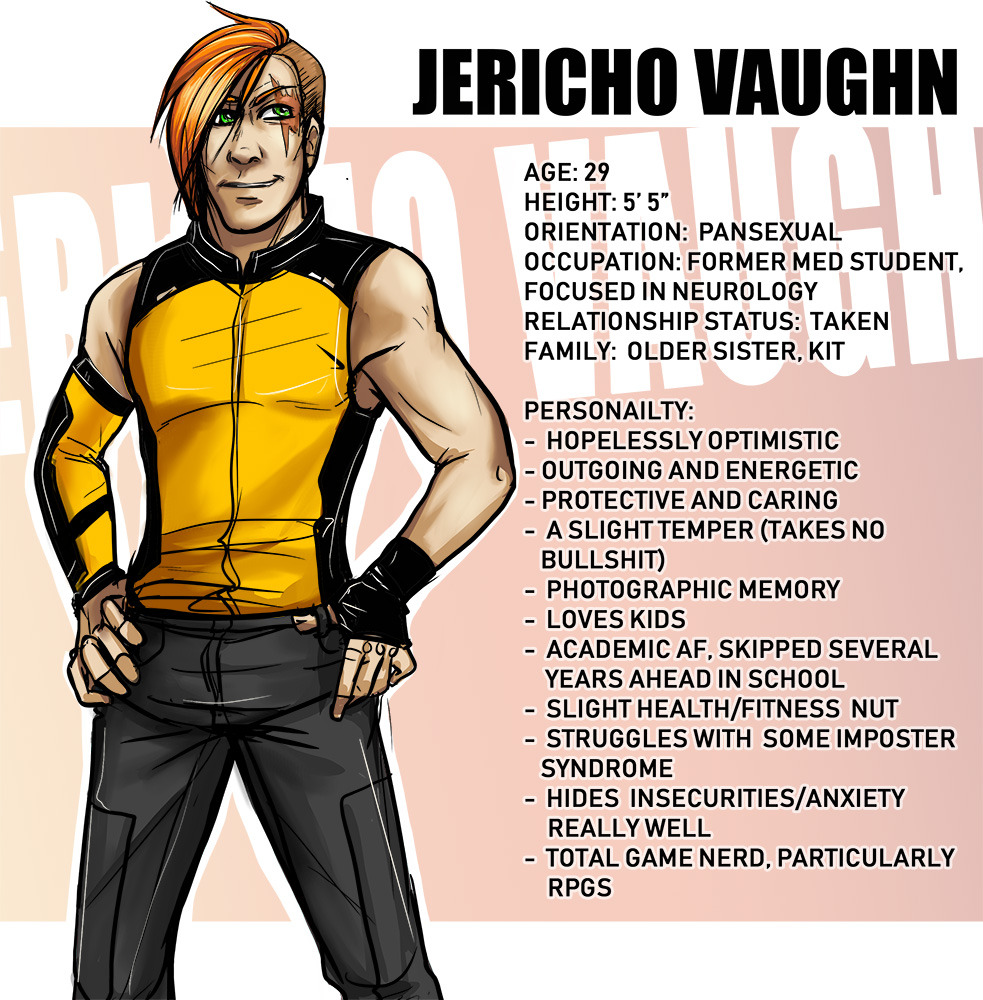 Character Sheet for Jericho-  At some point, he turned into skinny white kid into more of a lean muscular build, which I am 120% okay with!  He’s grown up a lot since I first started drawing him. 😀

Also, as a comic update: I am currently scripting dialogue and plot points for chapter 1 as in actually writing it down. I hope to restart actual comic pages later this year vs little short one-shots, but that is not going to happen until my class is over. I really want to get all the script of chapter 1 really nailed down before i attempt to continue. (I was totally bad about relying on memory/winging it before, I want the reboot to be better.) But hay! Something to look forward to later in the year. 🙂