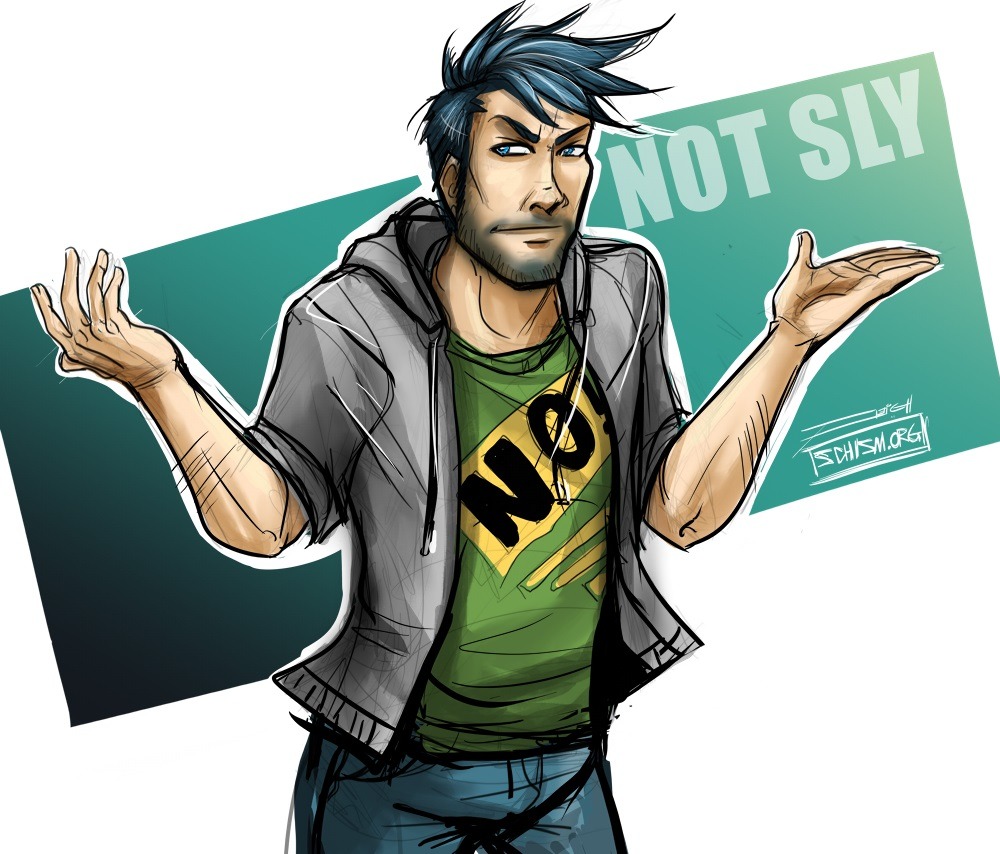 HEY YA’LL. Today we’re going to talk about SAM. I’ve purposefully said very little about him up until now because of plot points that are eventually going to happen in the comic, but eff it. The man needs some love and idgaf anymore, so here’s an info dump on him, aside the obvious fact of being Sly’s twin.

– Full name Samson, and the younger twin of the two.

– He never shuts up. This is partially out of habit from growing up with Sly because he did all the talking for them both as Sly refused to speak to damn near anyone and would instead whisper in Sam’s ear rather than address anyone directly.

– That being said, he loves a good debate, in-depth conversation, etc. and is generally very extroverted/assertive because SOMEONE had to be to get by.

– The snark and sarcasm are strong with this one. But never intentionally rude, that just isn’t ok. Unless said person is being an ass. then the gloves come off.

– Actually very mature, even if it doesn’t appear so on the surface. Also mostly out of necessity, as their single junkie mom ditched them in their teens, by which time Sly was starting to show signs of schizophrenia. Sam, already used to taking care of the family had to grow up fast to make sure they would be able to survive, especially since Sly was increasingly incapable of doing much on his own. He did what had to be done.

– Likes trashy romance novels, comic books and probably would have tried to to make a career in something artsy or creative had their lives not been so fucked up.

That’s it for now, but ask away if there’s anything else you wanna know about him. :3