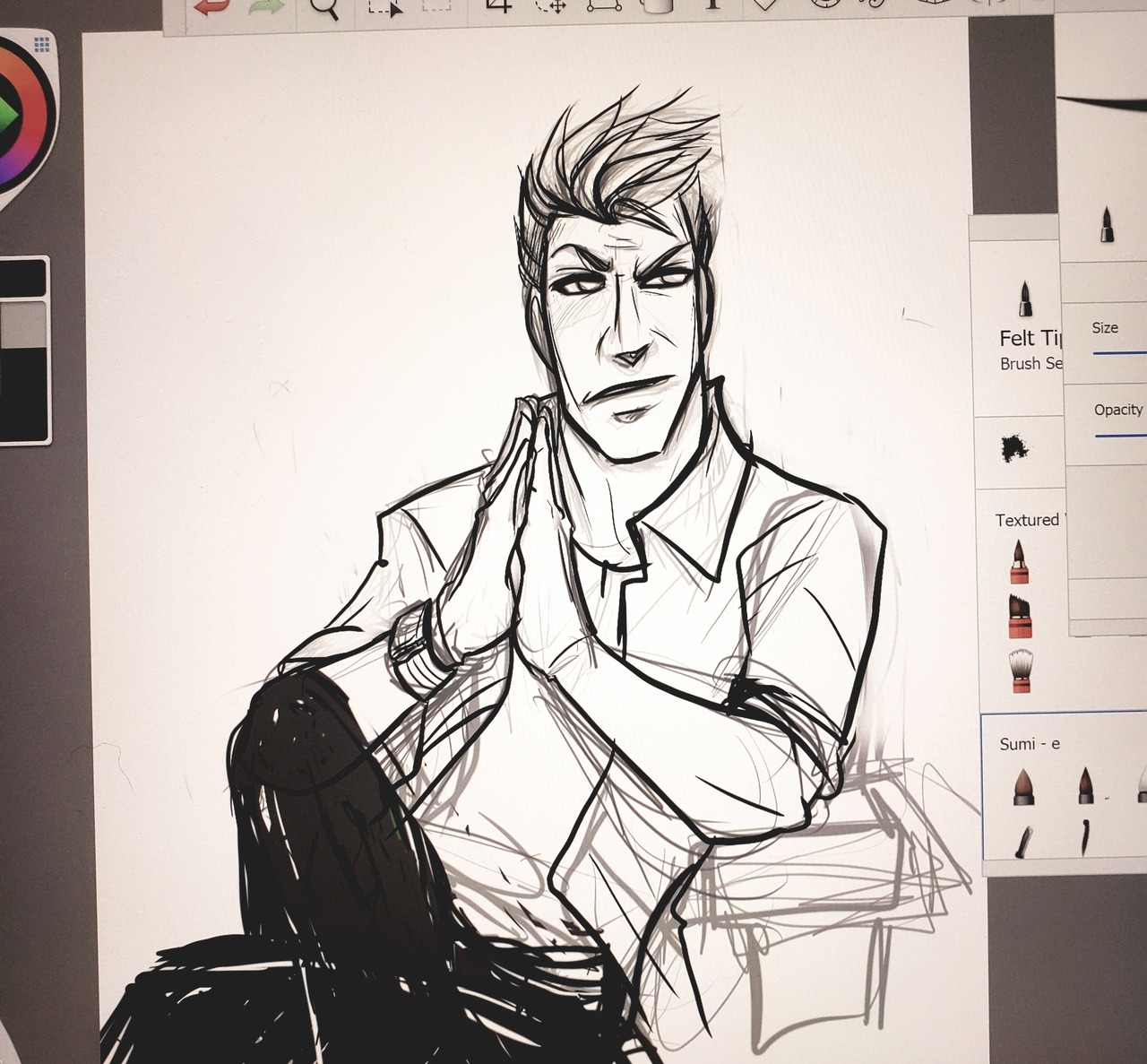 Trying to draw Sid quite obviously judging your ignorance and his stupid legs will not behave.

It’s also occurred to me that he probably has absolutely horrible fashion sense. His previous programming dictated that he adopt whatever corporate attire was acceptable by his parent company, but as he’s been basically jailbroken from that protocol he can wear whatever he wants. But Sly sure as shit doesn’t know enough about fashion to program him to put together a decent outfit!

I need you guys to send me some horrible outfits to put him in. XD