@mechahammer To get the Malfeasance quest, you need to keep playing Gambit and summon Primevals. Eventually you’ll get one that looks like the Voice of Riven meatball from the end of the campaign. Kill it before the other team kills theirs and you’ll automatically get the quest in your inventory!

We got lucky, but apparently it can be a pretty tough grind trying to get that particular boss to spawn, though they have increased the chances of it appearing. Your chances are also greater during the third week of the curse. 🙂 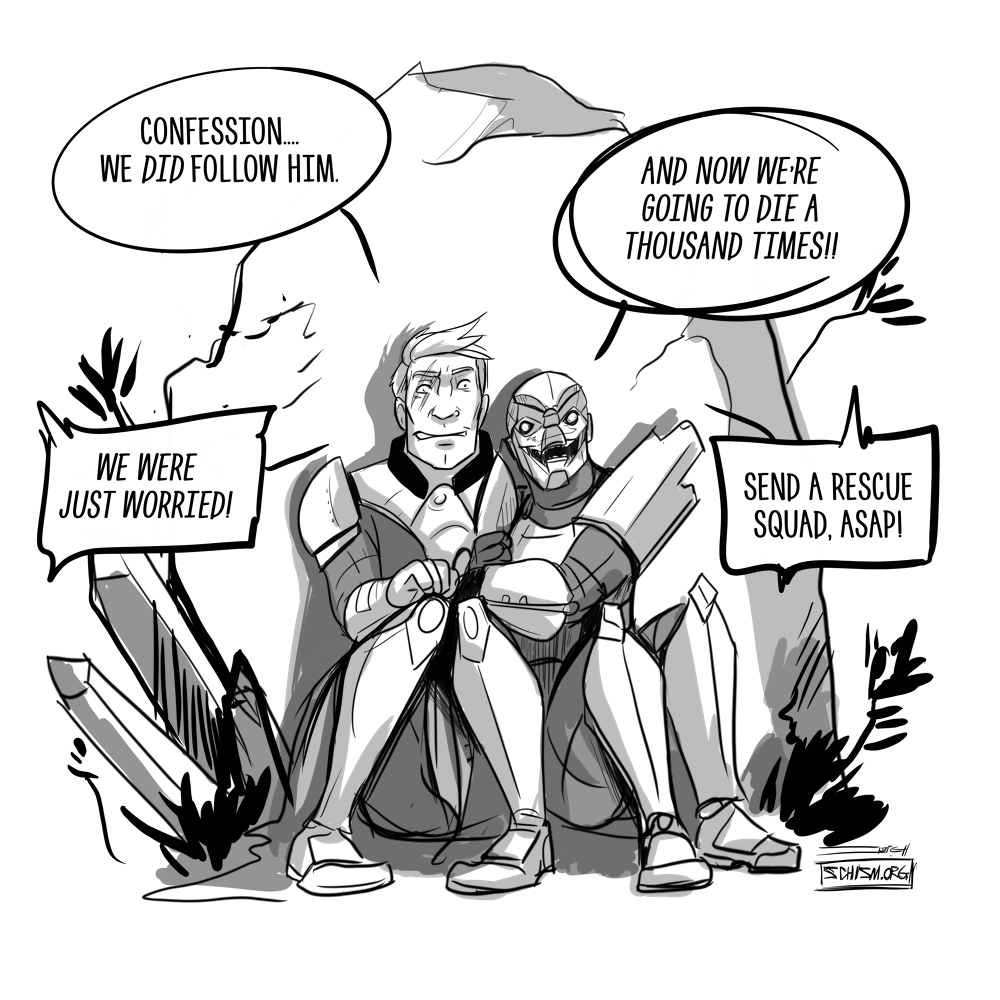 I’m incapable of being too serious too long, lol.

Also, even if Killy doesn’t find them, they’re gonna need a rescue squad anyway because they are still WAY under-leveled for the Dreaming City. XD;