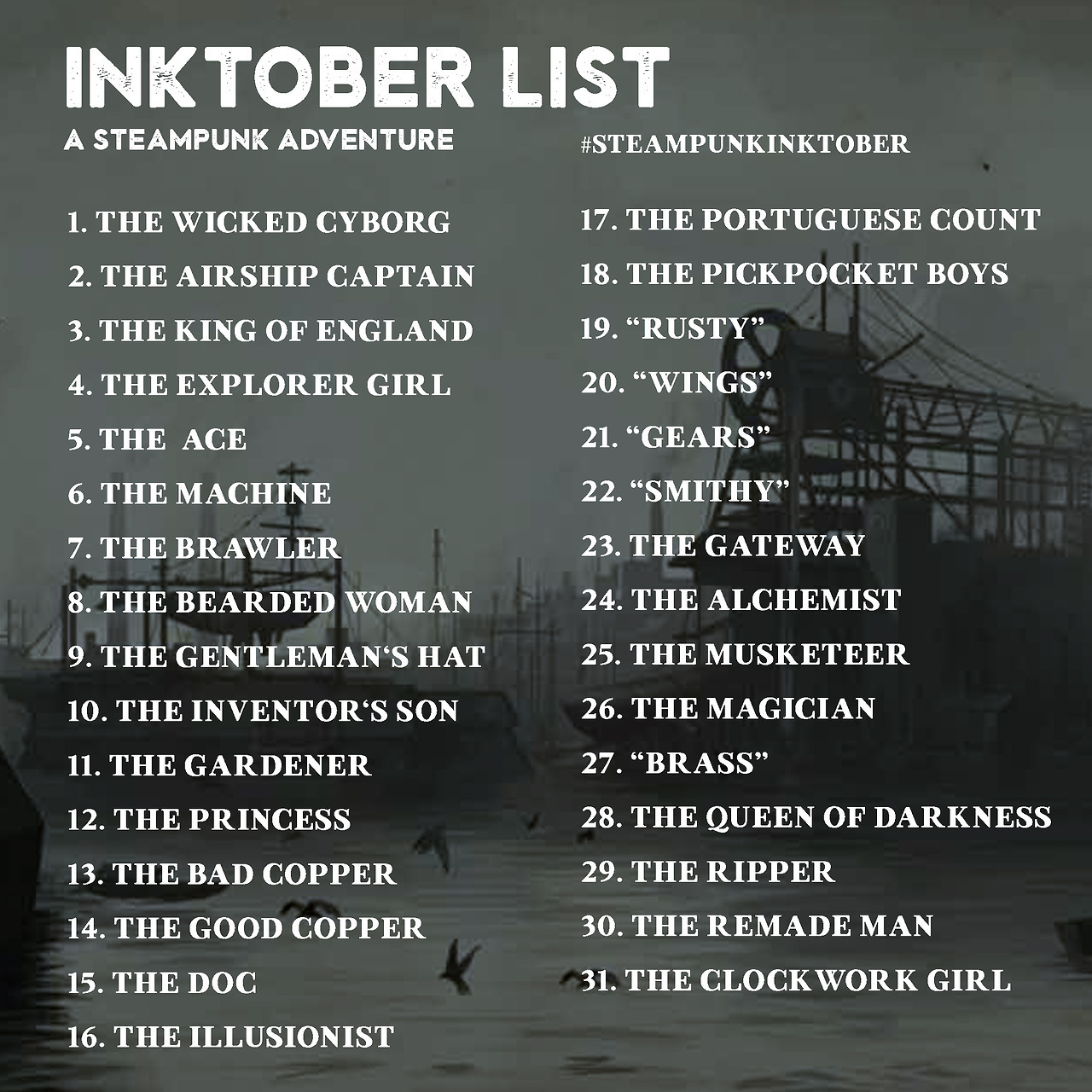 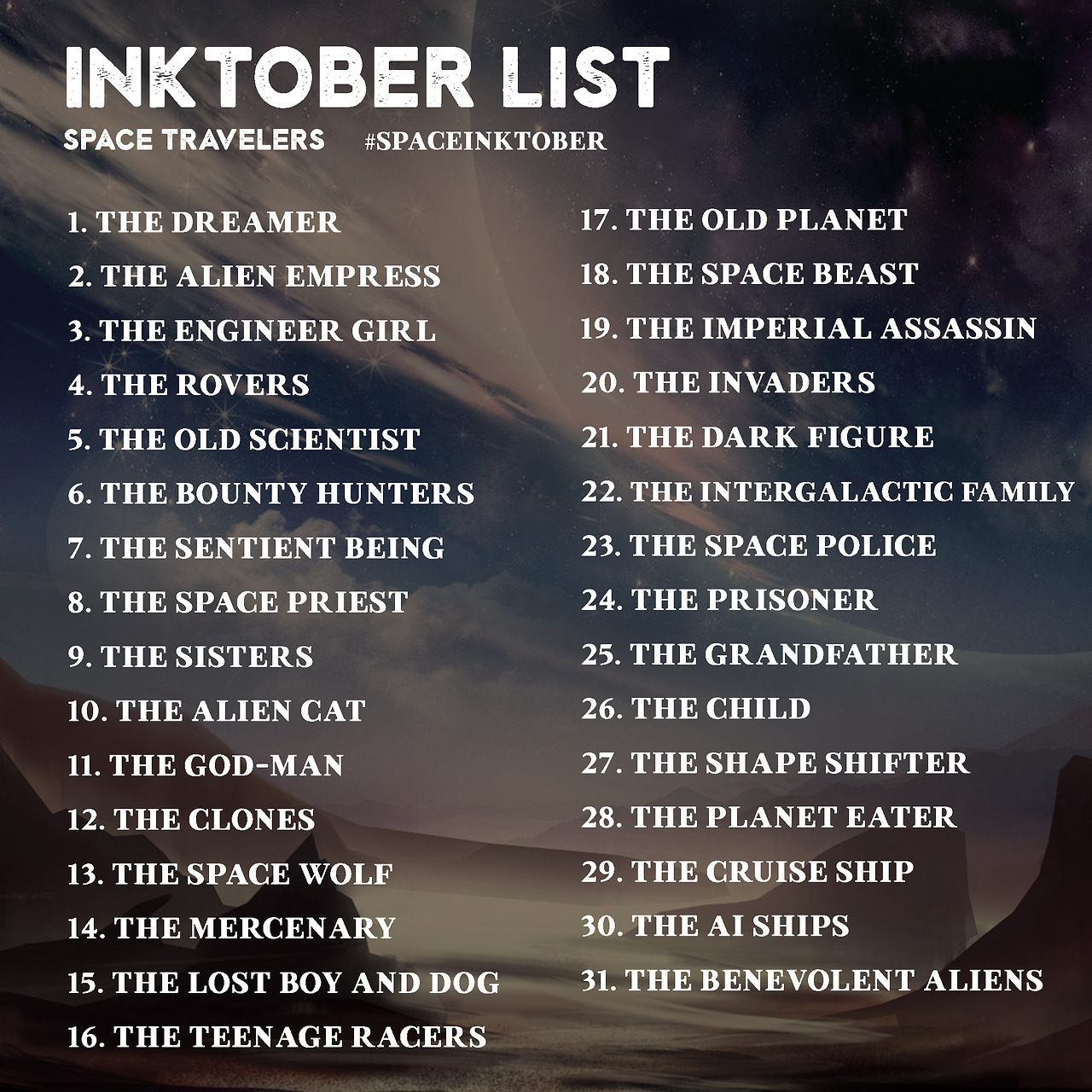 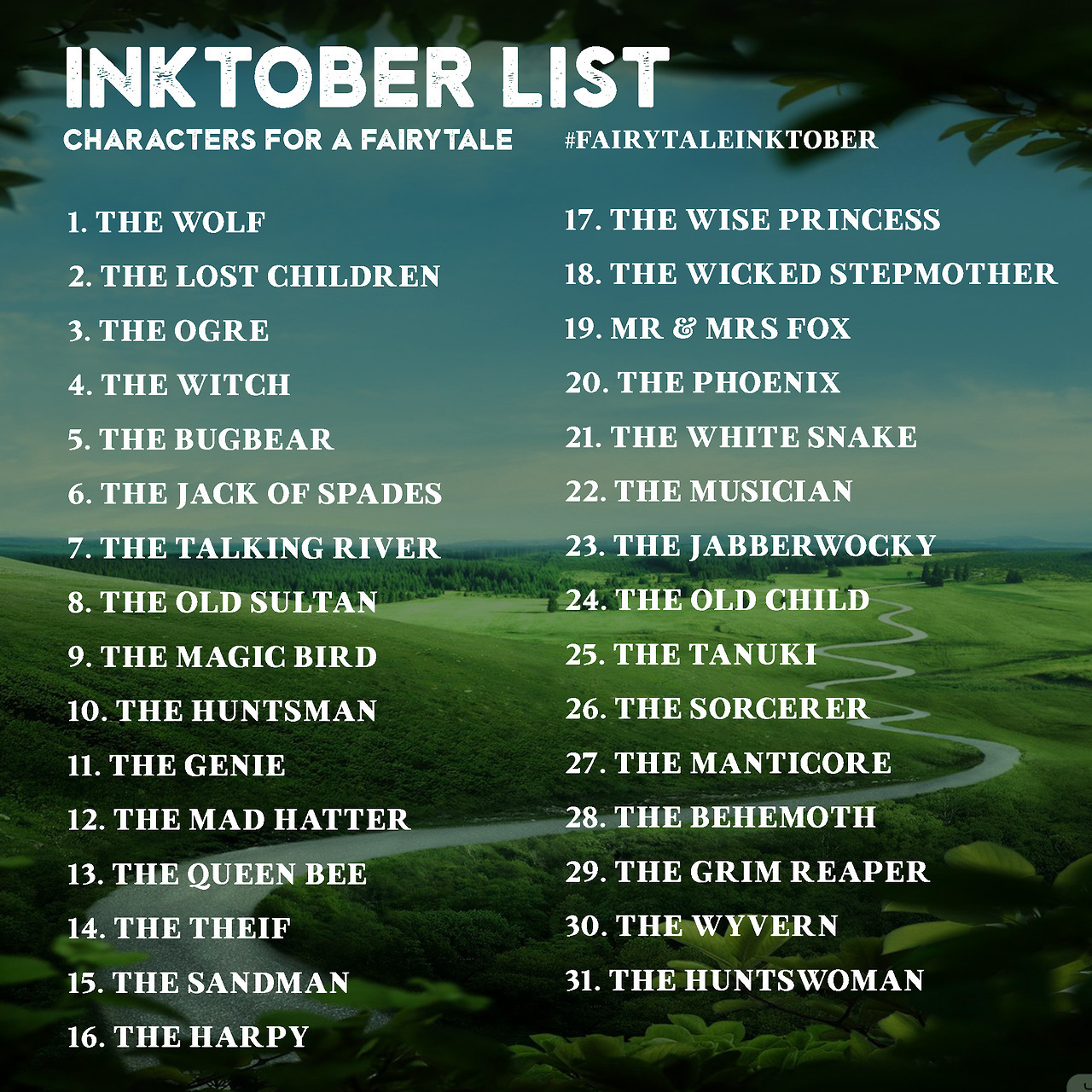 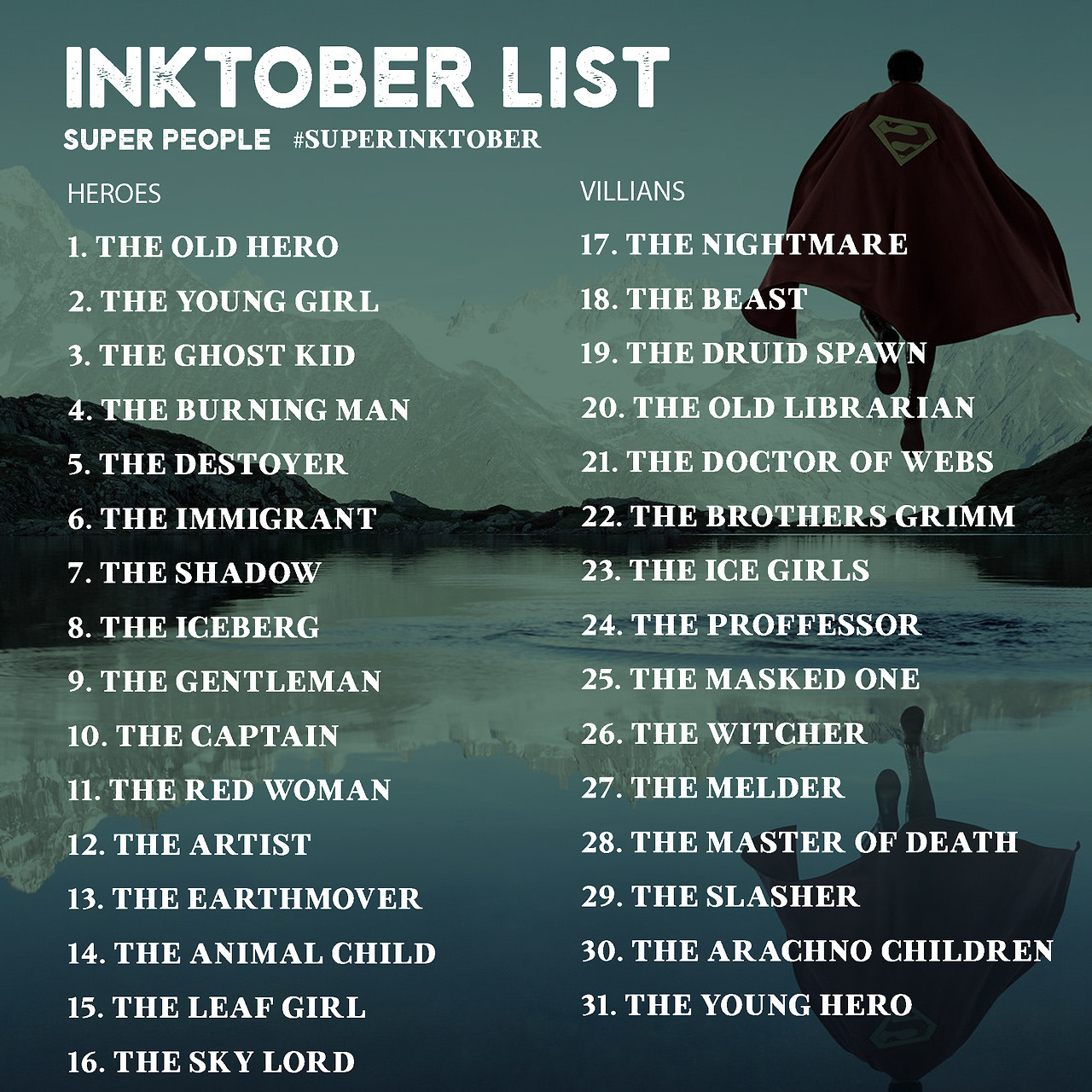 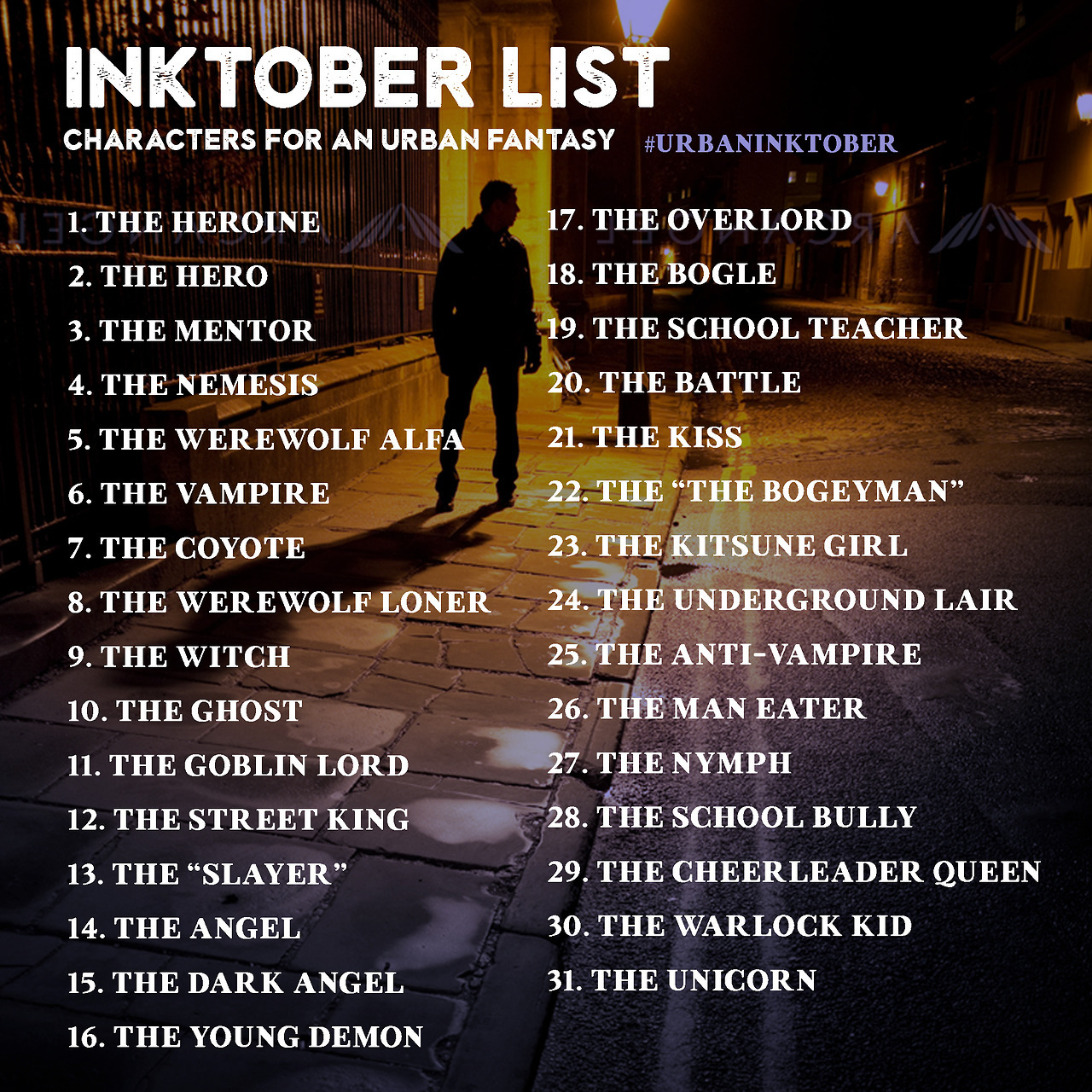 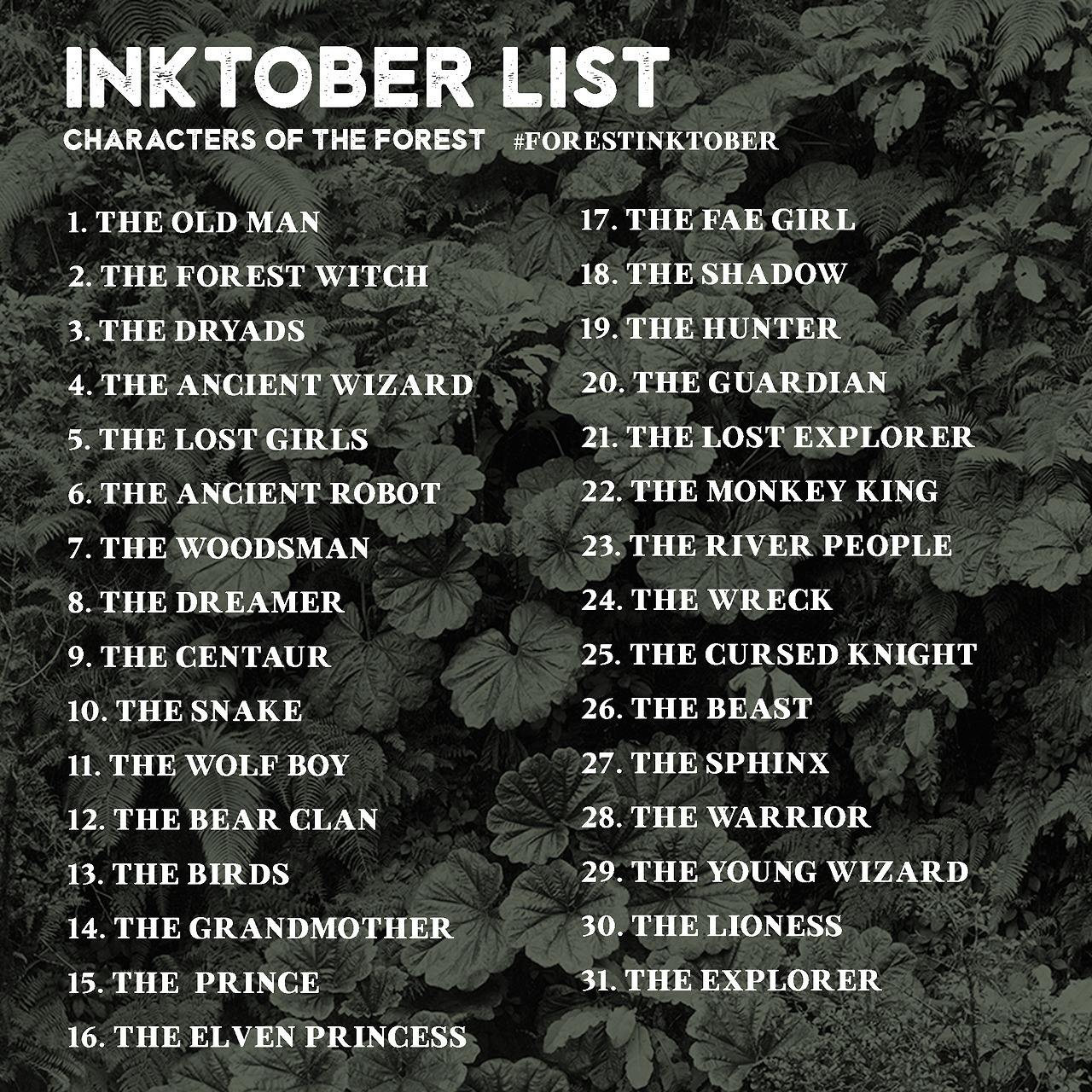 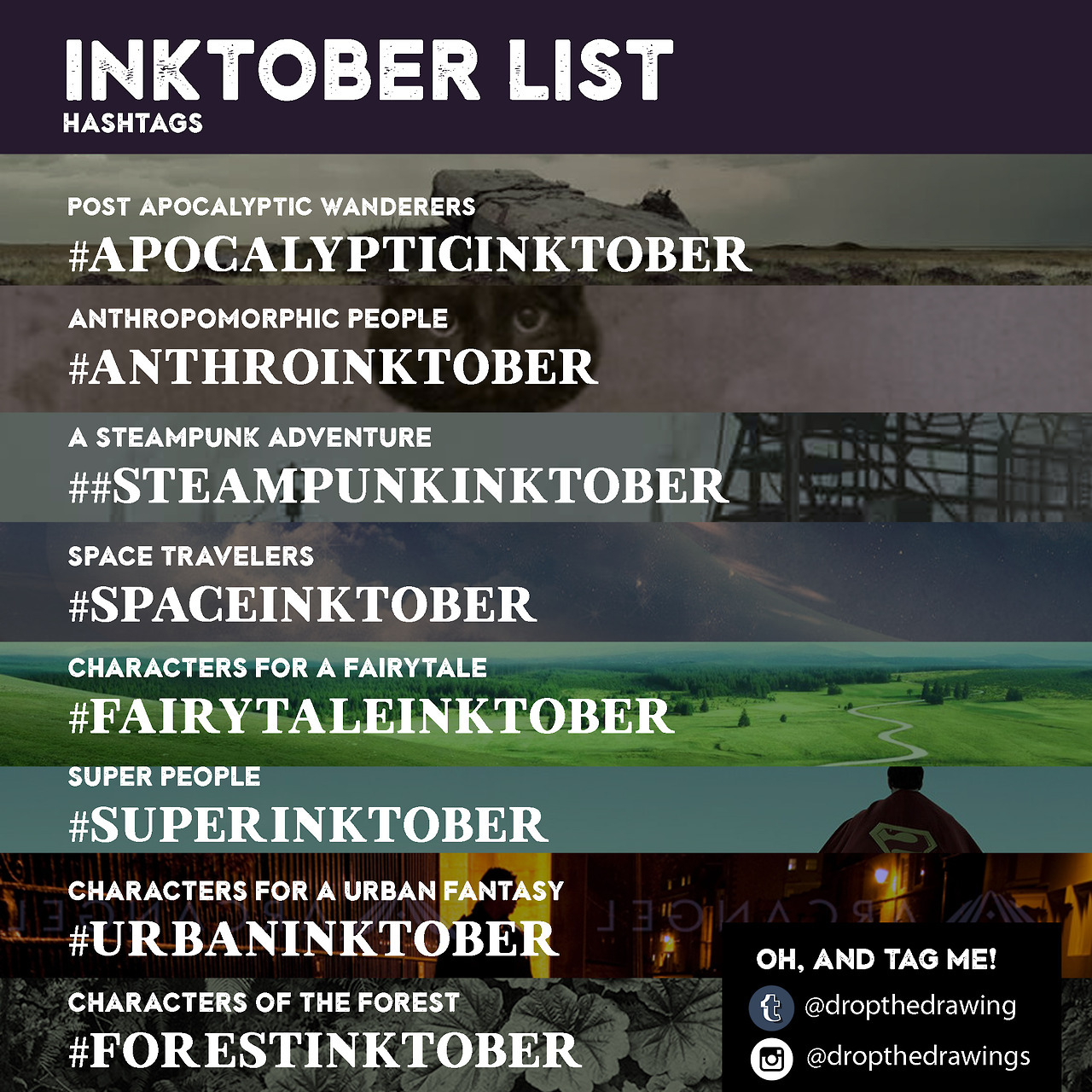 **The prompts are now updated WITH HASHTAGS!

I am too! And to get inspired, I have put together 8x Inktober prompt lists, to help us create something really cohesive and cool this October

– Characters for a fairytale

– Characters for an urban fantasy

– Characters of the Forest

Almost that time of year again. I finished the Post Apocalyptic list last year, thinking of doing the Space Travelers this year. (Easy to make it Destiny themed!) Buuuut also wanna draw my Schism crew too, so it might end up being a mix of two lists, lol.