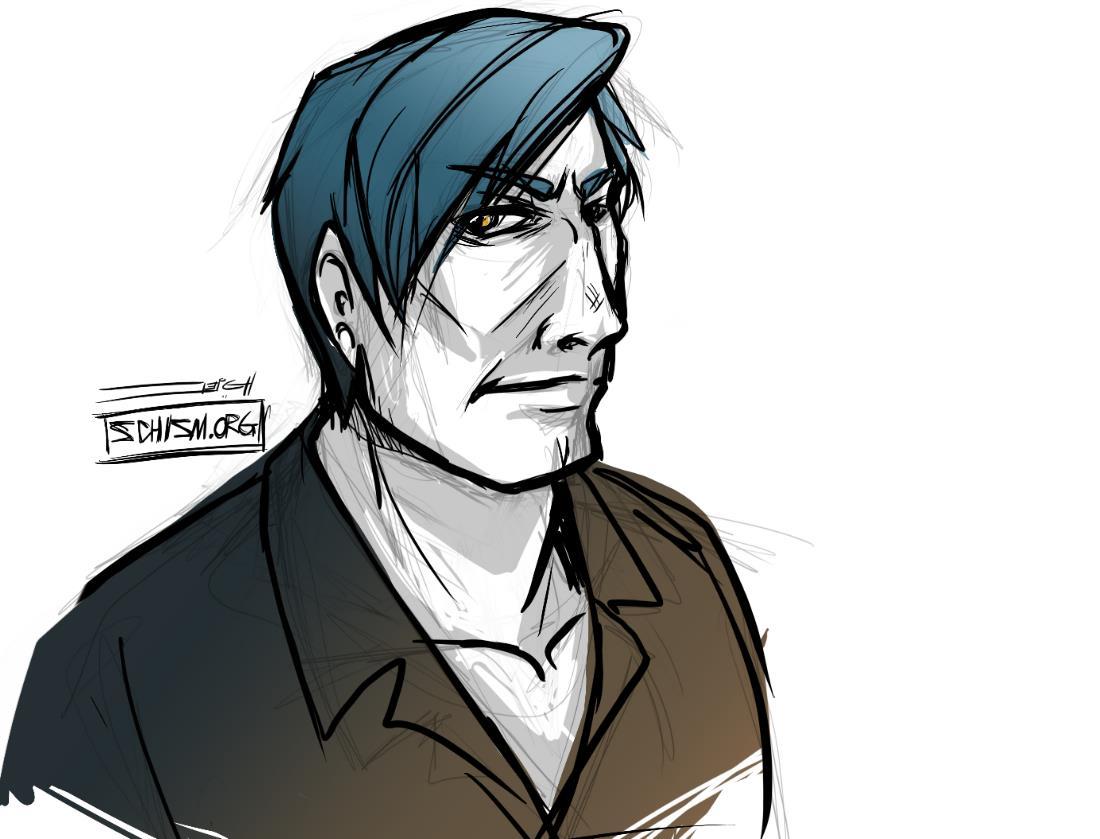 2: If your OC wants to buy a firearm, what it might be for?

Uh, to shoot you? Or someone else. Probably not in self defense either.  Though a gun is not his first weapon of choice usually. And that’s about all there is to say on that one, lol.

15: Does your OC consider themselves a good person?

Not in the least. But don’t mistake that for him having low self esteem, he thinks quite highly of himself and really doesn’t care if he’s seen as a good person or not. If anything, he finds it very refreshing to not be bound to any particular moral code, thus allowing him to do whatever is needed to achieve his goals, when he has one in mind in any case.

21: Does your OC hurt others often intentionally? If yes, how?

If you couldn’t guess from the first two, yes. He takes great delight in manipulating people, seeing it all as some grand experiment to see how far and how much he can get away with. So while he’s sometimes obviously cruel, he often takes a more subtle approach and even will play the part of well-meaning confidant just to see the reaction when said victim is taking in by it. And pretty much everyone is a target or a means to an end for him.

(He’ll probably get a second round too, cause these were pretty obvious answers if you’re familiar with him  lol.)